Views : You can Use

May Existing Home Sales rose from April to an annual rate of 5.62 million units, above the 5.52 million expected, and up 2.7 percent from May 2016. While New Homes Sales fared even better (see What to Watch below), the National Association of REALTORS® chief economist, Lawrence Yun, still commented, “We have a housing shortage; we may even use the term housing crisis in some markets.”

Both existing and new home inventory for sale is between a four and five-month supply; a six-month supply is considered normal.

The S&P/Case-Shiller 20-City Index saw a gain of 5.7 percent in home prices from April 2016 to April 2017. With low home loan rates inspiring more demand to purchase and upgrade homes, more consumers are clamoring over limited inventory.

Consumer spending makes up nearly two-thirds of our nation’s overall economic activity and is an important indicator of our economic health. Unfortunately, Retail Sales in May saw the biggest monthly decline since January 2016, down 0.3 percent from April. Sales for motor vehicles and discretionary spending both fell. Annually, however, Retail Sales are up nearly 4 percent from this time last year.

Consumer inflation remained tame in May. Year over year, the Consumer Price Index fell to 1.9 percent after hitting 2.7 percent four months prior. Wholesale inflation as measured by the Producer Price Index was unchanged in May due to lower energy costs.

At this time, home loan rates remain near historic lows due to slow economic growth, mild consumer spending and inflation remaining in check. Now provides a great window of opportunity for those in the market to purchase or refinance a home.

What to Watch: New Home Sales

What’s happened recently? The Commerce Department reported that New Home Sales in May jumped nearly 3 percent from April to an annual rate of 610,000, above the 599,000 expected. Sales were up nearly 9 percent from May 2016, with May being the second highest month recorded for 2017.

What’s the bottom line? A tight inventory supply of just 4.6 months pushed the median new home sale price to a record high. It remains to be seen if builders can meet demand as lack of skilled labor, cost of building materials and limited buildable lots challenge construction.

In fact, Housing Starts, which measure when excavation begins on a home, fell 5.5 percent in May from April, the Commerce Department reported. It was the lowest rate since September 2016 and the third straight month of declines. Single-family starts, which account for the biggest share of the residential housing market, fell to the lowest level in eight months.

Smartphones, tablets and other rechargeable small devices aren’t an electrical hazard in most situations. That is, until they’re plugged in.

The Electrical Safety Foundation International, which educates consumers on electrical hazards, estimates that nearly 70 people die due to electrocution from consumer products each year. The following tips can help you and your kids be smart with rechargeable gadgets.

Use only an approved charger recommended by the manufacturer.

Devices meant to be used in bathrooms such as hair dryers and razors are equipped with a ground-fault circuit interrupter (GFCI) device that shuts off the power if it gets wet. Phones, laptops and wireless speakers do not have this feature and should not be operated when plugged in or charged near water.

Each month test ground-fault or GFCI outlets, usually found near bathroom, kitchen and laundry areas. First, push the “Test” button, which will make a quiet popping sound. Anything plugged into the outlet should no longer have power. Press the “Reset” button to bring the power back. If the circuit doesn’t break, or any outlet is worn out, call an electrician to replace it.

Extension cords aren’t meant for long-term use. Also, avoid creating a “daisy-chain” by plugging one extension cord into another, especially in wet locations like the bathrooms, kitchens and laundry rooms. Undo these setups for safety.

Place charging plugs securely to ensure the prongs leading into the outlet are never exposed. Even when partially plugged in, the metal may be electrified and any personal items on the body, such as jewelry, can accidentally touch them and become a conductor.

It’s easy to avoid getting “charged up” and prevent most small-electronic and rechargeable electrical hazards.

QUESTION: Does it make a difference what time of day I water my lawn?

ANSWER: The best time to water your lawn is between 4:00 a.m. and 10:00 a.m., when the air is cooler and wind light. Midday warmth evaporates water too quickly. Evening watering may cause fungus and other lawn diseases since water can cling to grass overnight.

Here are some other important tips to keep in mind:

Soak soil 6 inches down. On first watering, measure depth every 15 minutes using a shovel. Then, time sprinklers to deliver the proper amount.

And remember to always follow your local watering ordinances. 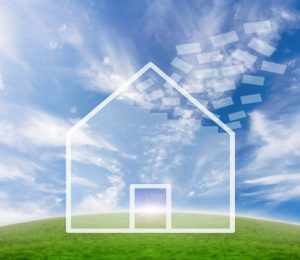